DrRock.comHome of the best music ever made!
Home Albums Album of the Day (September 11) – Chad & Jeremy 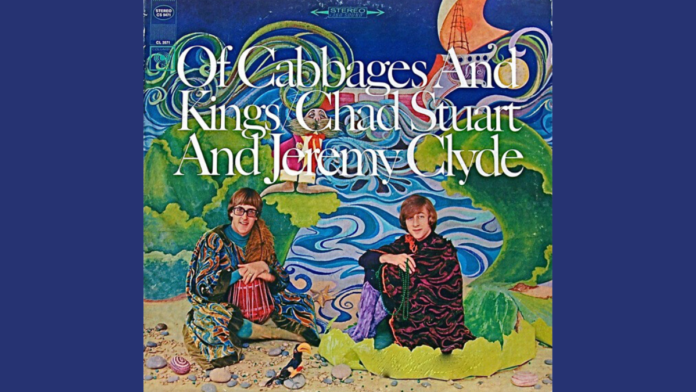 British folk-pop duo Chad & Jeremy scored an early hit in the U.K. with the 1963 single “Yesterday’s Gone,” but that was pretty much the extent of their chart activity at home. On the other hand, they were widely accepted in the U.S. as part of the first wave of the British Invasion. By the time their seventh U.S. album, Of Cabbages And Kings was released on September 11, 1967, the duo had scored several hits on the American charts, including a re-release of “Yesterday’s Gone” and the 1964 Top 10 “A Summer Song.” Even greater exposure came from unlikely appearances on U.S. music-oriented TV variety programs such as Hulabaloo,Shindig and The Hollywood Palace. The pair were also guest stars on U.S. sitcoms The Dick Van Dyke Show and The Patty Duke Show and were featured on two episodes of Batman. Despite all the exposure, the times were changing and the late-60s shift toward harder psychedelic rock doomed Chad & Jeremy’s brand of commercialized, light folk-pop. Neither the critically acclaimed Of Cabbages And Kings nor its respected follow-up, The Ark (1968) could save the duo. Of Cabbage And Kings is an imaginative leap into the sounds of psychedelia with a firm grip on their folkie roots, with six decent artsy pop songs on Side A and a long, somewhat overdone but still enjoyable “The Progress Suite” on the back. 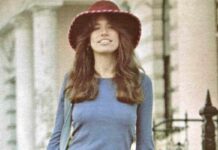 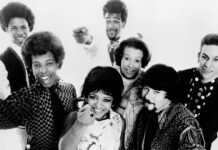