DrRock.comHome of the best music ever made!
Home Deaths Knockin’ on Heaven’s Door: Notable Deaths in March 2021 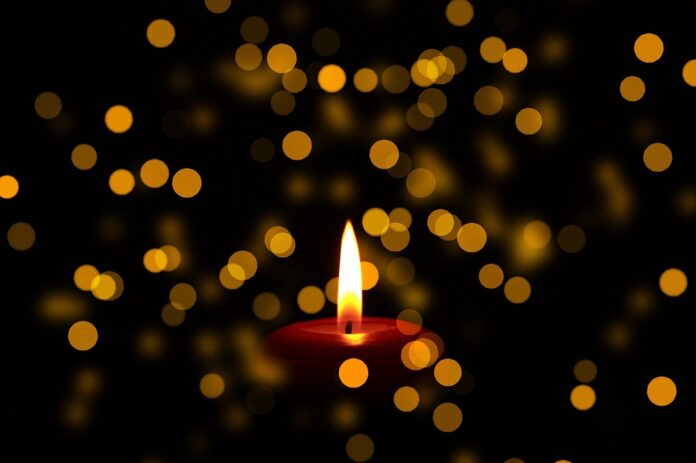 March 01
● Ralph Peterson, Jr. → Renowned jazz drummer and bandleader, starting as the second drummer for The Jazz Messengers in 1983 and continuing through a long list of collaborations with Stanley Clark, the Marsalis brothers (Wynton and Branford) and David Murray, among many others, issued 22 albums as a leader of various ensembles and taught new generations of musicians at Berklee College of Music in Boston and at Philadelphia’s University of the Arts, died from complications of cancer on 3/1/2021, age 58.
● Michael Gudinski / (Michael Solomon Gudincki) → Legendary music entrepreneur and record label executive often called the “father of Australian pop music” for his relentless promotion of Down Under acts around the world, started as a teenage dancehall promoter, then founded Mushroom Records at age 20 in 1972, signed and promoted countless artists including Split Enz, Kylie Minogue and Jimmy Barnes, Mushroom eventually became the largest independent record label in Australia and spawned music publishing, touring and production conglomerate Mushroom Group after the record label sold in 1998, died in his sleep on 3/1/2021, age 68.

March 02
● Bunny Wailer (aka Bunny Livingston) / (Neville O’Reilly Livingston) → Reggae/ska percussionist, singer and songwriter, one of a very few who truly brought home-grown Jamaican music the global stage, first as an original member of The Wailers with Bob Marley and Peter Tosh from 1963, and after 1973 as a Grammy-winning solo artist with over 30 albums issued on his own Solomonic label, including the acclaimed, spiritual Blackheart Man LP (1976), named by Newsweek magazine as one of the three most important figures in world music, awarded the Order of Jamaica in 2012 and celebrated the opening of a Bunny Wailer museum in Kingston in 2017, suffered a stroke in July 2020 and died nine months later on 3/2/2021, age 73.
● Chris Barber / (Donald Christopher Barber) → English jazz musician and bandleader known for helping launch the UK “skiffle” craze in the 50s and the subsequent Brit-beat scene by mentoring and promoting non-jazz pop acts such as Lonnie Donegan and, in the early 60s, by arranging UK tours of authentic American blues acts, including Muddy Waters, his efforts leading to the British blues-rock explosion of the mid-60s and the later success of The Yardbirds, John Mayall and The Rolling Stones and many others, continued to front traditional jazz and bop bands until suffering from dementia in his last years and dying on 3/2/2021, age 90.

March 04
● Alan Cartwright / (Alan George Cartwright) → Bassist for Brit funk/soul Freddie Mack‘s band in the late 60s, then joined prog/psych rock Procol Harum (“A Whiter Shade Of Pale,” #5, 1967) in 1971 in time to record their hit LP, Procol Harum Live: In Concert With The Edmonton Symphony Orchestra (#5, 1972), left in 1975 and managed beverages and events at a private club in North London in his later years, appearing just once with his bandmates at a Procol Harum live reunion show in 1997, died from stomach cancer on 3/4/2021, age 75.
● Bhaskar Menon / (Vijaya Bhaskar Menon) → Oxford-educated, Indian-American music industry executive credited with turning around Capitol Records in the 70s, in part through his relentless push of Pink Floyd‘s massively successful Dark Side Of The Moon album (#1, UK #2, 1973), later assumed command of EMI Music Worldwide, merging all of EMI‘s music divisions across 46 countries into one company, left in 1990 and founded a media investment consulting firm and served on corporate boards in the media and entertainment industries, died from undisclosed causes on 3/4/2021, age 86.

March 05
● Michael Stanley / (Michael Stanley Gee) → Pop-rock singer and songwriter for 70s folk-rock Silk, then solo and frontman for the underrated heartland rock Michael Stanley Band (“He Can’t Love You, #33, 1981), his early mentors and collaborators included Joe Walsh and Todd Rundgren but those influences never led to a larger base outside of Ohio and the Midwest, died in his sleep while suffering from lung cancer on 3/5/2021, age 72.

March 06
2021 ● Lou Ottens / (Lodewijk Frederik Ottens) → Dutch engineer for technology giant Phillips AG who led the team that developed the cassette tape audio recording medium in 1963, eventually revolutionizing listening habits and creating the first portable medium for entire albums and mixtapes (the successor to stacked 45s on a record player spindle), later led the same effort to develop the audio CD, thus obsoleting his own creation but advancing a new technology, retired from Phillips in 1986 and died from natural causes on 3/6/2021, age 93.

March 11
● Sally Ann Grossman / (Sally Ann Buehler) → Wife of Greenwich Village folk music promoter Albert Grossman, Bob Dylan‘s manager, and business partner with her husband in several Woodstock (NY) restaurants and Bearsville Records, which she managed following his death in 1986, appeared as the mysterious red-dressed woman on the cover of Dylan‘s acoustic-to-electric transition album Bringing It All Home (#6, 1965), later renovated a barn on her property and opened the Bearsville Theater, sold all of her business interests by 2004 and died from unspecified causes on 3/11/2021, age 81.

March 18
● Paul Jackson / (Paul Jerome Jackson, Jr.) → Electric jazz bass guitarist and long-time member of Herbie Hancock‘s bands, including as co-founder of jazz-fusion/funk The Headhunters and debut LP Head Hunters (#13, 1973), which crossed over to rock and funk fans and became the first million-selling jazz album, released his first solo album, Black Octopus, in 1978 and moved to Japan in 1985, performing with local artists, teaching music to teenagers, writing music for TV ads and issuing three further solo albums, retired in 2016 due to health issues and died from sepsis and complications of diabetes on 3/18/2021, age 74.

March 23
● Ethel Gabriel / (Ethel Nagy Gabriel) → Record plant worker who rose to become a highly-regarded producer and label executive at a time when very few women were in the field, over a 40-year career with RCA Victor produced more than 2,500 albums and oversaw the recordings of Elvis Presley, Dolly Parton, Paul Anka and dozens of others, in 1959 created the successful “Living Strings” series of easy listening albums of instrumental versions of popular songs and later the “Pure Gold” series of repackaged archival material, became the first woman Vice President at RCA in 1982, retired in the late-80s and slipped into obscurity before being rediscovered and made the subject of a documentary film Living Sound in 2020, died from unspecified causes on 3/23/2021, age 99.

March 28
● Malcolm Cecil / (Malcolm Ian Cecil) → British jazz musician, producer, recording engineer, founding member of 50s jazz quintet The Jazz Couriers and early member of Alex Korner’s Blues Incorporated, formed electronic duo Tonto’s Expanding Head Band with Robert Margouleff in the early 70s and revolutionized electronic music with their creation TONTO (“The Original New Timbral Orchestra”), the still-largest synthesizer in the world, which formed the basis for their own recordings but became influential when featured in several albums by Stevie Wonder, including the Grammy-winning Innervisions, other artists soon followed and TONTO supported dozens of albums by Weather Report, Little Feat, The Isley Brothers, Joan Baez and others through the 90s, sold the machine to the National Music Center in Calgary and died following a long illness on 3/28/2021, age 84.