DrRock.comHome of the best music ever made!
Home Deaths On the Stairway to Heaven: Notable Deaths in November 2020 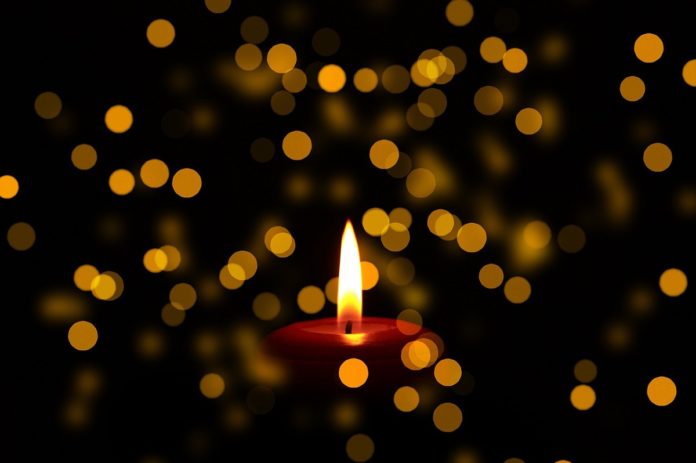 November 02
● Baron Wolman / (Baron Alan Wolman) → Rolling Stone magazine’s first staff photographer in a brief but prolific stint from 1967 to late 1970 that captured iconic images of top artists such as the Grateful Dead, Janis Joplin, Frank Zappa and many more in the days of near-unlimited access before image sensibility overcame artists’ egos, later published numerous books of his best images, including aerial photography and those shot for Rolling Stone (2011), from the 1969 Woodstock festival (2014) and celebrating rock groupies (2015), died from complications of ALS (amyotrophic lateral sclerosis, also known as Lou Gehrig’s disease) on 11/2/2020, age 83.

November 05
● Len Barry / (Leonard Warren Borisoff) → Vocals for doo wop harmony turned garage-rock/dance band The Dovells, sang lead on their early 60s dance-craze hit “Bristol Stomp” (#2, 1961) and backing tenor on others songs, left the band in a dispute over future direction and enjoyed a semi-successful solo career as a blue-eyed Philly soul singer with three Top 40 hits, including “1-2-3” (#2, R&B #11, 1965), toured and performed solo and occasionally with The Dovells during the 80s and 90s while writing songs for other Philadelphia soul artists such as Fat Larry’s Band, Brandi Wells and Sylvester, co-wrote with his son the book Black-Like-Me about two white boys growing up in a African-American neighborhood, died from bone marrow cancer (myelodysplasia) on 11/5/2020, age 78.

November 07
● Bones Hillman / (Wayne Stevens) → New Zealand bass guitarist in several punk and rock bands around Auckland before joining seminal Australian hard rock Midnight Oil (“Beds Are Burning,” #17, Rock #6, 1988) in 1987, relocated to Nashville during the band’s hiatus in 2007 and recorded as a session musician with Sheryl Crow, Mathew Good and others, rejoined Midnight Oil in 2018 for a world tour and recording of the comeback album The Makarrata Project (2020), died from cancer on 11/07/2020, age 62.

November 12
● Jim Tucker / (James Roy Tucker) → First rhythm guitarist for pop-rock The Turtles on most of the big hits, including “Happy Together” (#1, 1967), co-wrote the 1966 Turtles song “I Need Someone,” left in 1968 to escape the relentless touring schedule and became a electrical contractor in Northern California, largely stayed out of the limelight save for occasional guest appearances as a guitarist in local venues, died from undisclosed causes on 11/12/2020, age 74.
● Lynn Kellogg / (Lynn Jean Kellogg Simpers) → 60s folk singer and occasional TV actress best known for playing the character Sheila in the counter-cultural Broadway musical Hair (1968) and singing lead on “Easy to Be Hard” and the show’s finale, “Let the Sun Shine In,” also appeared on screen with Elvis Presley in Charro! (1969) and later produced award-winning children’s television and performed contemporary Christian music, died from complications of the COVID-19 virus on non-terminal leukemia on 11/12/2020, age 77.

November 14
● Des O’Connor / (Desmond Bernard O’Connor) → British comedian, singer and TV personality with a 45-year broadcasting career as chat-show host and game show emcee (the second longest stint in history after Bob Barker in the US), also recorded 36 albums and four UK Top 10 hits as an easy listening/pop singer, including “I Pretend” (UK #1, 1968), retired from television in 2008 to concentrate on stage performances but returned for guest appearances on variety shows through 2017, fell in his home and died a week later on 11/14/20202, age 88.

November 16
● Bruce Swedien / (Bruce Frederick Swedien) → Five-time Grammy Award winning sound engineer and record producer in collaborations with Michael Jackson and Quincy Jones on Jackson‘s Thriller (Worldwide #1, 1983), Bad (Worldwide #1, 1988) and Dangerous (US #1, 1993) albums, and with Jones‘s on his Back On The Block (#9, 1991) and Q’s Jook Joint (Jazz #1, 1997) albums, also engineered albums and songs for Paul McCartney, Barbara Streisand, The Four Seasons (“Big Girls Don’t Cry,” #1, 1962) and many others, pioneered sound recording techniques and received numerous professional awards and honorary degrees, died from complications from surgery for a broken hip on 11/16/2020, age 86.
● Mac MacLeod / (Keith MacLeod) → Guitarist and songwriter in the 60s folk scene in central England, played with John Renbourn and toured as bassist in Donovan Leitch‘s band, reputedly inspiring Donovan‘s “Hurdy Gurdy Man” (#5, UK #4, 1968), toured and performed with a succession of acts in the late-60s and 70s, including The Other Side (with Boz Scaggs), post-The Zombies Argent, and his own power trio rock band Hurdy Gurdy, returned to the industry in 1999 after a decade-long hiatus and formed Silverlining with Kinks‘s bassist Jim Rodford, performed with Donovan in the 00s for the first time in 40 years, suffered from various illnesses for six years and died from complications of the COVID-19 virus on 11/16/2020, age 79.
● Eric Hall → Flamboyant, fashion-conscious and skilled negotiator with an early career as a rock music promoter, worked with the Sex Pistols, T. Rex, Queen and others – at one point claiming the song “Killer Queen” (#12, UK #2, 1974) was written about him – before a chance meeting in 1986 led to a lucrative and limelit career as an agent for some of England’s top football stars in the early years of the Premier League, fell into a coma for three months in 1997 after contracting E.coli and ending his football agency career, hosted various radio programs until his death from complications of the COVID-19 virus on 11/16/2020,age 73.

November 18
● Tony Hooper / (Anthony Hooper) → Singer, songwriter, guitarist and founding member of Brit bluegrass then folk-prog-rock The Strawbs (“Part Of The Union,” UK #2, 1973) in it’s formative years, left in 1972 as the band moved away from its folk roots toward a more progressive rock sound, rejoined in 1983 for a 10-year stint, performed in various folk-rock acts around the UK in the 90s and 00s, died from undisclosed causes on 11/18/2020, age 81.
● Dominic Grant / (Keith Purdie) → Singer with Brit pop sextet then quartet vocal group Guys ‘n’ Dolls with several hits in the UK and Europe in the 70s and 80s, including “There’s A Whole Lot Of Loving” (UK #2, NL #9, 1975) and “You’re My World” (NL #1, 1977) but little recognition in North America, following breakup in 1985 continued to perform with his wife and former GnD bandmate Julie Forsyth as country/western duo Grant & Forsyth, scored six Top 40 hits in the Netherlands before retiring from music in the 90s to concentrate on sculpting bronze figures, died suddenly from a ruptured artery (abdominal aortic aneurysm) on 11/18/2020, age 71.